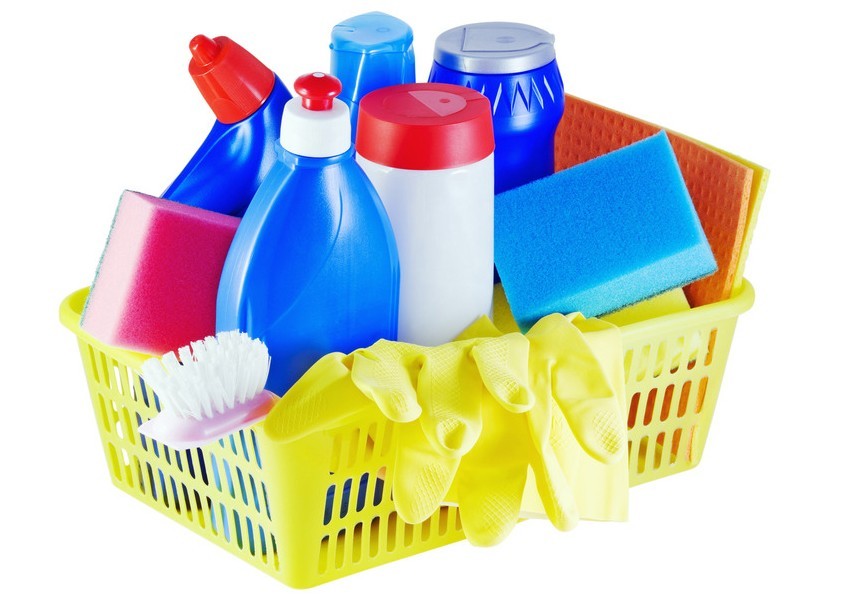 We are constantly assaulted by estrogens in our environment—from the food we eat to the chemicals we use or are exposed to. Estrogen in the form of chemicals (xenoestrogens), or foods and plants (phytoestrogens), mimic the action of estrogen produced in cells and can alter hormonal activity.

It's important for all of us to be aware of the effects of estrogens in our environment. It should be of particular interest for anyone dealing with an estrogen dominance condition such as uterine fibroid tumors, fibrocystic breasts, glandular dysfunction, hair loss, weight gain, or depression.

Current evidence suggest that xenoestrogens and other hormone-mimicking substances may be contributing to a wide range of human and wildlife health problems.

Problems caused by Environmental Estrogens may include:

Xeno literally means foreign, therefore xenoestrogens means "foreign estrogens". Some of the 70,000 registered chemicals for use in the United States have hormonal effects in addition to toxic effects. The synergistic effects of exposure to many xenoestrogens are well documented, but largely unknown. These substances can increase the estrogen load in the body over time, and are difficult to detoxify through the liver. This further compounds the problem of estrogen dominance.

The NIH's National Institute of Environmental Health Sciences have undergone various research projects to determine the impact of environmental estrogens on humans. See a list of the latest research HERE.

Byproducts of the plastic and pesticide industries – called organochlorines – are one of the largest sources of xenoestrogens. These compounds - used in dry cleaning, the bleaching of feminine hygiene products, and during the manufacture of plastics ranging from yogurt containers to baby bottles - have been shown to exert hormone-disrupting effects.

What's more, organochlorines are known to accumulate in fatty human tissue and fluid such as breasts and breast milk. Caution dictates that women should try to eliminate these external estrogen sources through diet, supplements and lifestyle changes.

Plastics also expose us to the chemical bisphenol A (BPA), a breakdown product of polycarbonate, widely used in many plastics. Bisphenol A, found in the lining of many food cans and juice containers, escapes when polycarbonate is subjected to high temperatures. The estrogenic effects of bisphenol A became clear when men working in the plastics industry developed breasts after chronically inhaling the chemical through dust.

Many companies are now producing plastic products that are BPA-free. However, reducing the use of all types of plastics is recommended when possible.

Other bad news from scientists have suggested that environmental estrogens might be reducing sperm counts in men and causing breast cancer, fibroids and other reproductive diseases in women. Xenoestrogens can be found in many of our meats and dairy products in the form of chemicals and growth hormones that are given to the animals. These can be quite powerful, and should be avoided where possible.

Suggestions for avoiding substances and products that contain xenoestrogens:

Phytoestrogens (phyto meaning plant) are naturally occurring estrogenic compounds that are found in a variety of plant foods such as beans, seeds, and grains. Their chemical structure resembles estrogen. Phytoestrogens acting as estrogen may affect the production and/or the breakdown of estrogen by the body, as well as the levels of estrogen carried in the bloodstream.

These mimics can either have the same effects as estrogen or block estrogen's effects. These compounds are generally weak estrogens, in comparison to real estrogen, synthetic estrogen (HRT), and xenoestrogens.

Anyone who is experiencing estrogen dominance problems will likely want to avoid phytoestrogens as they will only contribute to the problem.

Women who do not have estrogen dominance issues and desire to supplement with estrogen due to lowered levels from menopause or hysterectomy may find consuming some phytoestrogens to be beneficial.

Isoflavonoids - Isoflavonoid phytoestrogens are found in beans from the legume family. Soybeans and soy products are the major dietary source of this type of phytoestrogens. The isoflavone extracts from soy are known as genistein, daidzein, and glycitein.

Lignans - Lignan phytoestrogens are found in high fiber foods such as cereal brans and beans. Flaxseed contain large amounts of lignans, but some studies suggest that it can have a positive effect on estrogen dominance.

Coumestans - Coumestan phytoestrogens are found in various beans such as split peas, pinto beans, and lima beans. Alfalfa and clover sprouts are the foods with the highest amounts of coumestans.

Following are some of the strongest phytoestrogen containing substances:

What are the benefits of consuming phytoestrogens?

We offer Progesta-Care Plus cream.

Over time, high concentrations of isoflavones in the body can have a significant cumulative estrogenic effect, especially when they are exposed to organs that have sensitive estrogen receptors sites such as the breast, uterus, and thyroid. Exposure to the estrogenic effect from soy, though weak, should be avoided in those who suspect or have confirmed estrogen dominance. It is suggested that those with estrogen dominance or a history of thyroid imbalance should consume a minimum amount of phytoestrogens.

While phytoestrogen may relieve symptoms, the long term effect is probably undesirable because estrogen receptor sites are still occupied, although by the less potent phytoestrogen. It is far more beneficial to rid the body of the estrogen from the receptor sites and replace them with progesterone. Estrogen load will therefore reduce significantly, and the risk of estrogenic diseases such as breast cancer will decrease.*

Furthermore, phytoestrogens have been shown to inhibit the conversion of T4 to the active T3 thyroid hormone, and can trigger hypothyroidism.

Many, including the rapidly growing soy agricultural groups, are touting the beneficial effects of soy. Others, particularly alternative health professionals, feel soy should not be consumed. Despite the conflicting views, as with anything, moderation is likely the key. Consuming small amounts of soy is probably not harmful, while consuming large amounts may still be beneficial for certain people depending on various factors.

NOTE: Because of the estrogen-like behavior of isoflavones, there's some concern that isoflavone supplements could cause cancer. If you have had breast cancer, talk to your doctor before supplementing your diet with isoflavone pills or red clover.

Most previous studies examining the role of dietary phytoestrogens in breast cancer have focused on soy. Soy researcher Dr. Mark Cline, Wake Forest School of Medicine, explains that the evidence to date remains more than a little contradictory.

The studies that got people excited about soy compared American women's soy intake to Asian women's intake, then drew conclusions that breast cancer risks were six times higher for Americans. There are a lot of other factors, in addition to diet, that can explain this difference. Asian women typically consume fewer calories overall, they begin to menstruate later in life, they exercise more, eat more vegetables and are thinner than women living in the West, says Dr. Cline.

Epidemiologist Regina G. Ziegler, PhD, says it is understandable that women are confused about soy and other plant-derived foods that have compounds that act similar to estrogen. In an editorial published with a Dutch study, the National Cancer Institute researcher concluded that the research, to date, does not support the need for women in the U.S. to increase their dietary phytoestrogen intake to the level consumed by women in Asia.

"There is a lot of inconsistency in the literature. My personal belief is that telling women with a history of breast cancer or who are at high risk to take soy supplements or eat large amounts of soy is imprudent. On the other hand, I don't think the message should be that they shouldn't eat soy at all. We just don't know enough to say."

Hormonal Balance – For further information about a woman's hormone lifecycle.

Progesterone Creams and DIM – for products which may assist with obtaining hormonal balance.

Other Xeno and Phytoestrogen Links