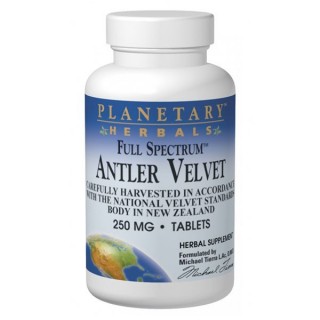 Antler velvet is the early stage of antler growth and is a rich source of collagen, glycosaminoglycans, and glycoproteins, all of which support the skeletal system. Antler velvet is regenerated every year and harvested with great care in a humane manner by specially trained farmers or veterinarians who conform to the National Velvet Standards Body (NVSB) of New Zealand.

Traditionally, antler velvet has been used to:

Antler velvet has been used as one of the primary "herbs" in traditional Chinese medicine, as well as in Korea, Russia and Japan. Used mainly as a vitalizing tonic, its common uses have also included reducing the negative effects of stress, improving mental function and improving circulation.† With many uses overlapping across cultures, it is apparent that they recognized the tonic health benefits associated with the use of antler velvet.

Russian Uses of Antler Velvet Include:

Some clinical trials and research done on animals by independent labs support these theories, though more research is needed on humans to determine the validity of these uses. Individual results may vary, but include:

At the time of harvesting, antler velvet contains a rich blend of nutrients believed to provide an array of possible health benefits.

The velvet is specially harvested by a veterinarian or a trained and certified farmer, and then frozen within three hours of removal, until ready to be processed into tablets. Full Spectrum™ Antler Velvet is harvested approximately eight weeks after the antlers begin their growth cycle - the time when velvet contains the greatest amount of nutrients to support rapid growth.

Antler removal is regulated under a code developed by the Animal Welfare Advisory Committee of New Zealand's Ministry of Agriculture, in conjunction with specialist veterinarians, animal welfare organizations and animal behavior specialists. The National Velveting Standards Body audits animal welfare standards and ensures that analgesic removal methods are used so that the process is not painful to the animals. Most important, harvesting antler velvet preserves the herds, in contrast to the common practice of killing the animals for meat, hides or trophies.

Like the rest of the Planetary Herbals herbal product line, Full Spectrum™ Antler Velvet combines the wisdom of traditional herbalism with the advances of modern technology. The result equaling supplements you can count on to deliver the benefits you are seeking from an herbal product. 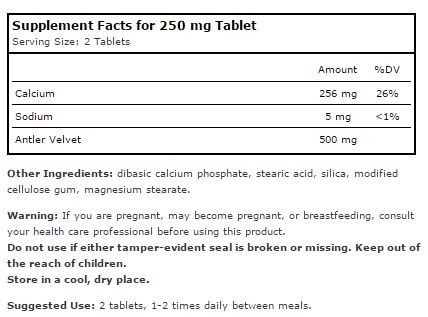