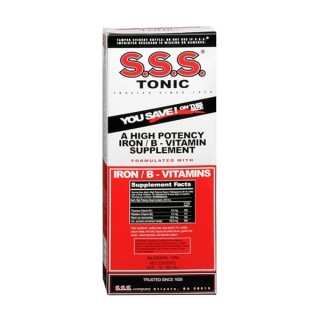 Anemia is a condition that occurs when there is insufficient hemoglobin in red blood cells to carry oxygen to cells and tissues. Common signs and symptoms of anemia include fatigue and weakness.

Anemia can result from a variety of medical problems, including heavy menstrual bleeding, and deficiencies of iron, Vitamin B12, Vitamin B6, and folic acid. Other causes can be from a low dietary intake of iron and poor absorption.

Your doctor can tell if you have anemia by a blood test called a CBC (complete blood count). Your doctor can also do a physical exam and talk to you about your diet, the medicines you are taking, and your family health history.

Iron, one of the most abundant metals on earth, is essential to most life forms and to normal human physiology. This metal is an essential component of proteins involved in oxygen transport, among many other things.

Almost two-thirds of iron in the body is found in hemoglobin, the protein in red blood cells that carries oxygen to tissues. Iron is also found in proteins that store iron for future needs and that transport iron in blood. Iron stores are regulated by intestinal iron absorption.

Iron deficiency, as the name implies, is a condition resulting from too little iron in the body. Iron deficiency is the most common nutritional deficiency and the leading cause of anemia in the United States.1

Types and Causes of Anemia

There are many different types and causes of anemia - a condition in which there are not enough healthy red blood cells to carry adequate oxygen to your tissues. Anemia:

The most common cause of anemia is not having enough iron. Your body needs iron to make hemoglobin. Hemoglobin is an iron-rich protein that gives blood its red color. It carries oxygen from the lungs to the rest of the body. Women who suffer from prolonged heavy bleeding due to hormone imbalances and/or uterine fibroid tumors are at a greater risk for developing anemia.

You can read about the various types of Anemia and their causes here: What is Anemia?.

Anemia and B Vitamins

Many people with anemia also take a B-vitamin supplement along with their iron supplement. The B vitamins in Sublingual B-Total can help build iron stores in those whose blood is iron poor and/or deficient in Vitamins B12, B6, and folic acid. A deficiency in these nutrients can lead to anemic conditions. For example:

Vitamin A and Anemia

Vitamin A (10,000 IU per day):
Taking vitamin A and iron together has been reported to help overcome iron deficiency more effectively than iron supplements alone.

Consult with your doctor before taking either of these supplements. Use caution when taking any supplement with iron. Too much iron can be toxic.

Children: 1/2 tablespoon three times a day in divided doses after a meal.

Caution: DO NOT TAKE IRON supplementation beyond a multiple vitamin supplement if you are not truly anemic or do not have low levels of iron. CONSULT WITH YOUR DOCTOR before you begin iron supplementation.